Belladonna – The Soul of Remedies by Dr Rajan Sankaran

Belladonna is a plant remedy of the acute miasm. The main feeling of a Belladonna person is of a sudden threat from outside from which he has to escape in order to survive.
The suddenness is one of the main characteristics of Belladonna. Everything comes in paroxysms with suddenness, and goes with equal suddenness. But while it lasts, there seems to be a very intense and life threatening situation; the person is beside himself and wants to escape.
Also, there is a certain degree of violence in his sensations and actions.
Belladonna can be quite cheerful. In fact, he can be dancing, laughing, singing and can have a generally light-hearted feeling and exuberance. But when the attack comes, he becomes crazy with fear and anxiety, with excitement, with throbbing of the carotids, palpitation of the heart and a feeling of imminent threat or danger.

The delusions, dreams and fears of Belladonna have to do with sudden threat, for example:
– Delusion, bulls, of.
– Fear, imaginary things, of.
– Fear, animals, of.
– Fear, impending death, of.
– Delusion, gallows with fear of, vision of.And he reacts with violence, impulse to set things on fire, attempts to escape and run away.There is a need to escape, to run away. There is a feeling that he will be pursued, killed. Therefore he runs, escapes, rages.

Rubrics
– Ailments from fright.
– Beside oneself, being.
– Delusion, animals of, frightful.
– Delusion, bulls, of.
– Delusion, dogs sees.
– Delusion, murdered, he will be.
– Delusion, pursued by enemies.
– Escape, attempts to.
– Exuberance.
– Fear, gallows, of the.
– Fire, wants to set things on.
– Unconsciousness interrupted by shrieking.
– Deeds of violence, rage leading to.
– Fear alternating with rage.

Kent
– Involuntary urination during sleep; difficult to awaken from. 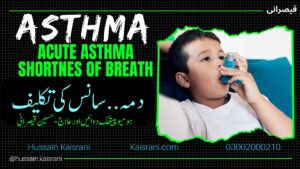