Nephrotic syndrome is not a disease. The term nephrotic syndrome was coined by Calvin and Goldberg. The syndrome is characterized by heavy proteinuria, hypoalbuminemia, edema, hypercholesterolemia, and normal renal function. Nephrotic syndrome is a nonspecific disorder in which the kidneys are damaged, causing them to leak large amounts of protein (proteinuria at least 3.5 grams per day per 1.73m2 body surface area) from the blood into the urine.

Nephrotic syndrome is a set of signs or symptoms that may point to kidney problems. The kidneys are two bean-shaped organs found in the lower back. Each is about the size of a fist. They clean the blood by filtering out excess water and salt and waste products from food. Healthy kidneys keep protein in the blood, which helps the blood soak up water from tissues. But kidneys with damaged filters may leak protein into the urine. As a result, not enough protein is left in the blood to soak up the water. The water then moves from the blood into body tissues and causes swelling.

Kidneys affected by nephrotic syndrome have small pores in the podocytes, large enough to permit proteinuria (and subsequently hypoalbuminemia, because some of the protein albumin has gone from the blood to the urine) but not large enough to allow cells through (hence no hematuria). By contrast, in nephritic syndrome, RBCs pass through the pores, causing hematuria.

Childhood nephrotic syndrome can occur at any age but is most common between the ages of 1½ and 5 years. It seems to affect boys more often than girls.

·        Venous thrombosis: due to leak of anti-thrombin 3, which helps prevent thrombosis. This often occurs in the renal veins. Treatment is with oral anticoagulants (not heparin as heparin acts via anti-thrombin 3 which is lost in the proteinuria so it will be ineffective.)

·        Infection: due to leakage of immunoglobulins, encapsulated bacteria such as Haemophilus influenzae and Streptococcus pneumonia can cause infection.

·        Acute renal failure is due to hypovolemia. Despite the excess of fluid in the tissues, there is less fluid in the vasculature. Decreased blood flow to the kidneys causes them to shutdown. Thus it is a tricky task to get rid of excess fluid in the body while maintaining circulatory euvolemia.

·        Pulmonary edema: again due to fluid leak, sometimes it leaks into lungs causing hypoxia and dyspnoea.

·        Growth retardation: does not occur in MCNS.It occurs in cases of relapses or resistance to therapy. Causes of growth retardation are protein deficiency from the loss of protein in urine, anorexia (reduced protein intake), and steroid therapy (catabolism).

·        Microcytic hypochromic anaemia is typical. It is iron-therapy resistant.

Homeopathy treats the person as a whole. It means that homeopathic treatment focuses on the patient as a person, as well as his pathological condition. The homeopathic medicines are selected after a full individualizing examination and case-analysis, which includes the medical history of the patient, physical and mental constitution etc. A miasmatic tendency (predisposition/susceptibility) is also often taken into account for the treatment of chronic conditions. The medicines given below indicate the therapeutic affinity but this is not a complete and definite guide to the treatment of this condition. The symptoms listed against each medicine may not be directly related to this disease because in homeopathy general symptoms and constitutional indications are also taken into account for selecting a remedy. To study any of the following remedies in more detail, please visit the Hpathy Materia Medica section. None of these medicines should be taken without professional advice.

Apis is not so much a remedy for chronic Bright’s disease as for the acuter forms. There are oedematous swellings of the face and extremities, paleness, ascites, oedema pulmonum, pains in the head, back and limbs. Albuminuria following scarlatina. It may be of use in any form of Bright’s disease when there are dull pains in the kidneys, scanty urine and frequent Micturition. The urine is heavily charged with albumen and contains blood corpuscles. The oedema appears quickly, there is general dropsy and suppression of urine and perhaps an eruption of the skin like a nettle rash. The patient  is drowsy, apathetic and has a bruised feeling all over. Apis in such cases acts best in trituration; do not depend on the tincture or dilutions. Hepar is recommended by Kafka in Bright’s disease following scarlatina. A valuable symptom for Apis is the feeling of suffocation. He does not see how he is get another breath.

Palliative in dropsical conditions where the urine is scanty. Also useful for coma & convulsions in the nephritis of pregnency.

This remedy corresponds to all stages of Bright’s disease, bearing a closer resemblance than any other remedy. It comes in later in the disease where there is dropsy, pale skin, waxen appearance, watery diarrhoea and great thirst. The urine is dark, casts are abundant, and it contains much albumen. There are attacks of dyspnoea when lying down in the evening and after midnight, relieved by an expectoration of

mucus. It may come in immediately after Aconite in many cases. “Blood boils” make a special indication for this remedy. Baehr, Millard and Hale question the usefulness of Arsenicum in kidney affections. However, it seems a simile to the large white kidney; in fact, one could hardly wish for a closer correspondence. Hughes considers it a favorite with anxiety and sinking of vital forces will call for Arsenicum. Calcarea arsenica has been used in the anaemia, progressive emaciation and debility of this disease with success.

Morbus Brightii from gout, suppurations or syphilis. Interstitial nephritis in its incipiency with digestive and nervous phenomena, hypochondriasis, irritability and vertigo.

Simple albuminuria, here it seems to occupy a place midway between Aconite and Arsenicum. Belladonna is of the greatest service in inflammation of the kidneys with piercing  burning pains in the lumbar region, returning periodically with increased severity.

This remedy pictures nephritis with cutting pains in the lumbar region; the urine is passed in drops and is mixed with blood, with much urging. Post scarlatinal and post diphtheric kidney diseases with dropsy may indicate Cantharis.

Nephritis from heart disorders. It affords relief when there is extreme rapid & irregular action of the heart, and in general anasarca & ascites from mitral insufficiency.

Cuprum arsenicum is also useful in uraemic conditions and is praised highly by Goodno. Cuprum is a valuable remedy for uraemic eclampsia.

This remedy has an irritant action on the kidneys. It is homoeopathic to granular degeneration. Heart symptoms, feeble pulse, scanty, dark, turbid urine, faintness at the stomach, rheumatic pains will indicate it. It is especially useful when the circulation is weak. Rheumatic pains, pulmonary catarrh with profuse expectoration are marked symptoms.

Glonoine has albuminous urine and will sometimes be found useful in acute and haemorrhagic nephritis.

This remedy is said to be the most homoeopathic of all remedies in Bright’s disease. It has scanty, dark, albuminous urine containing casts. It excites a violent nephritis.

This remedy corresponds to the large white kidney. There is an albuminous, scanty and red urine; pale waxen color of the body; there are lumbar pains, great dyspnoea and excessive strangury. It takes the first rank among all the mercurials for nephritis, and it comes in the later stages. Syphilitic complication further indicate it. There is an expression of uneasiness on the face. Dr. Ludlam considers it our best remedy for the albuminous nephritis of pregnancy and Baehr lauds it in suppurative nephritis.

Granular degenerations of the kidneys, with tendency to uraemic convulsion. Dropsy, sallow face, emaciation, oedema about the ankles. It seems to corresponds to the contracted or cirrhotic form of nephritis, holding the same relation here that Arsenic and Mercury do in chronic nephritis. Royal emphasizes this remedy saying that it arrested the progress in many cases and permanently cured not few for him.

Phosphorus produces as marked a nephritis as any drug. It is one of the most important remedies in Bright’s disease; the characteristic symptoms are: lassitude of  the whole body, hands and feet icy cold, sleepiness. The fatigue is greatest in the morning, and there is heat in the body without thirst, especially in the evening. The patient is indisposed to work, is giddy, forgetful and has a heavy headache, particularly in the forehead; there is oedema of the upper eyelids, a mist before the eye, a yellowish fray complexion, a sickly oedema of the face, want of appetite, pressure and burning in the stomach, and a light colored painless diarrhoea which is very weakening. It suits well fatty or waxy casts, is dark brown, scanty and albuminous, or covered with an iridescent film. Pulmonary complications will call for Phosphorus; and inability to lie on the left side is a prominent symptom in these cases. Vomiting and gastric symptoms are usually present. A small dose of Phosphorus will act much safer and better in eclampsia than a large dose of Morphine.

One of our reliable and most frequently indicated remedies in the early stages of renal diseases when congestion is prominent, when there is much pain in the back of a  dull character extending along the ureters. The great characteristic of dark smoky urine will be present. There is anasarca, and of course, the urine is bloody and albuminous. It is recommended in post scarlatinal renal affections. The prostration is  not accompanied by the restlessness of  Arsenicum. 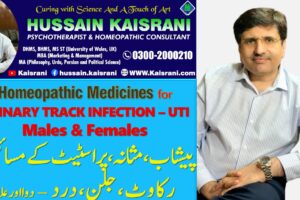 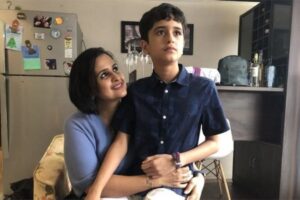 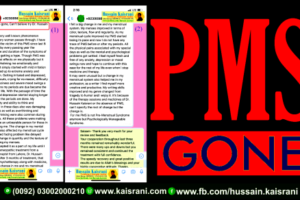 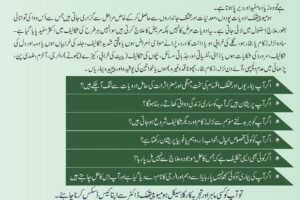 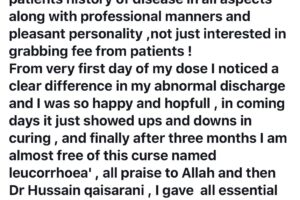