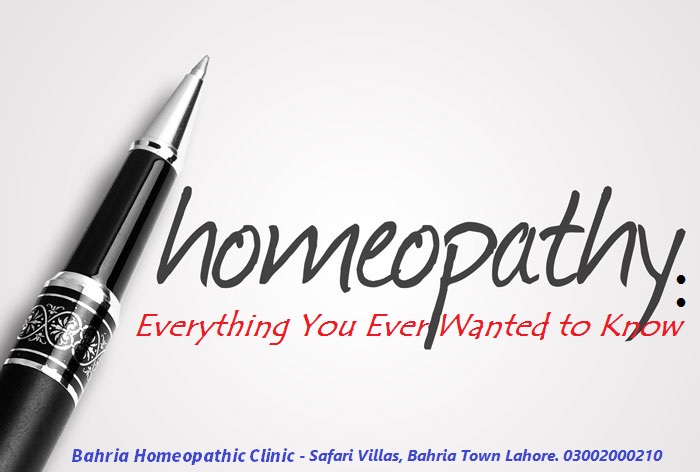 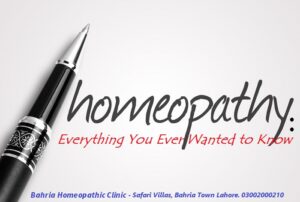 Homeopathy is a therapeutic system of medicine which is based upon the principle of similars – like cures like – it means that a substance that can cause certain symptoms in a healthy person can cure similar symptoms in an unhealthy person. Homeopathy aims to aid and stimulate the body’s own defense and immune processes. Homeopathic medicines are derived from a variety of plants, animal materials and minerals. These medicines are prescribed to fit each individual’s needs, given in much smaller and less toxic doses than traditional medications, and are used for both prevention and treatment. Established 200 years ago by German physician Samuel Hahneman, and is recognized by the World Health Organization as the second largest therapeutic system in the world.

Homeopathy is a system of medicine, which was discovered and developed by a German allopathic physician, Dr. Samuel Hahnemann, between 1792 and 1842.

The then prevalent system of medicine was not at all scientific (in its modern sense). The knowledge of anatomy, physiology, pathology etc. was not advanced enough. Most of these sciences were still in their infancy in the 18th century. Most of the disease causing organisms and conditions were still unknown to the medical fraternity. So the treatment for most diseases was eclectic. Everyone treated their patients according to their own whims and fancies. Methods like bloodletting, leeching, purging, giving crude doses of mercury etc. were the common treatment for most disorders.

Dr. Hahnemann was very dissatisfied with the limited knowledge of human organism, disease process and the effects of medicines being used. So, he left his medical career and took up translation work to support his family.

While translating Dr. Cullen’s book of medicine (Dr. Cullen was a professor of medicine in university), Dr. Hahnemann came across a line in which Dr. Cullen attributed the curative action of Cinchona bark (from which quinine is prepared) in malarial fever to the fact that it was bitter. Dr. Hahnemann was not satisfied with this explanation as there were so many bitter substances around but none other showed any curative action in malarial fever.

To find the truth, he decided to investigate the action of Cinchona bark extract by taking the medicine himself. After taking the medicine for 2 days, he found that symptoms similar to malaria developed in him. He was amazed with this observation. He repeated the experiment on many friends and family members and found the same results. So from this observation he deduced that Cinchona bark is able to cure malaria because when taken by a healthy human being, it can create malaria like symptoms.

Then he started working on this concept further to find if this a specific observation or a general truth applicable to all drugs. He tested medicines with known therapeutic values on his friends and family and discovered that this is a general law which decided the curative action of all medicines. He called it ‘Similia Similbus Curantur’ or ‘Like Cures Like’.

Simply stated, it means that a medicine can cure those symptoms in a diseased person, which, it can produce in healthy individuals. It has been more than two centuries since he discovered this law. Since then it has been tested millions of times and has stood the test of time.

Today there are more than 400 Homeopathy Medical Colleges in the world, at least 5,00,000 practitioners, and millions of patients using Homeopathy. Homeopathic medicines are available in most countries and in some countries like India, Pakistan, and Norway, the legal status of Homeopathy is already at par with allopathy.

After discovering that one basic principle in 1792, Hahnemann established Homeopathy as a full system of medicine in the next 50 years. Homeopathy became very popular in the 19th century. It went through a phase of decline in 20th century when the sciences considered auxiliary to allopathic medicine (anatomy, physiology, pathology, surgery) became more advanced; modern drugs like antibiotics and painkillers came into existence; and insurance companies took hold of the medical practice. But now, as apparent limitations of these modern wonder (!) drugs are being realized and more work is being done on scientific and clinical research in Homeopathy, this science is gradually coming back to the center-stage! 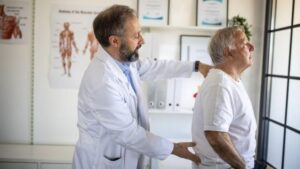 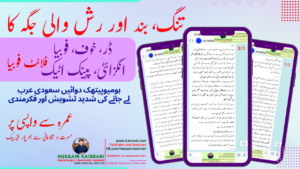 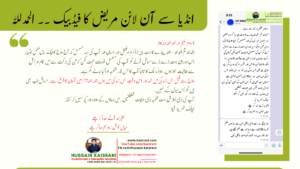