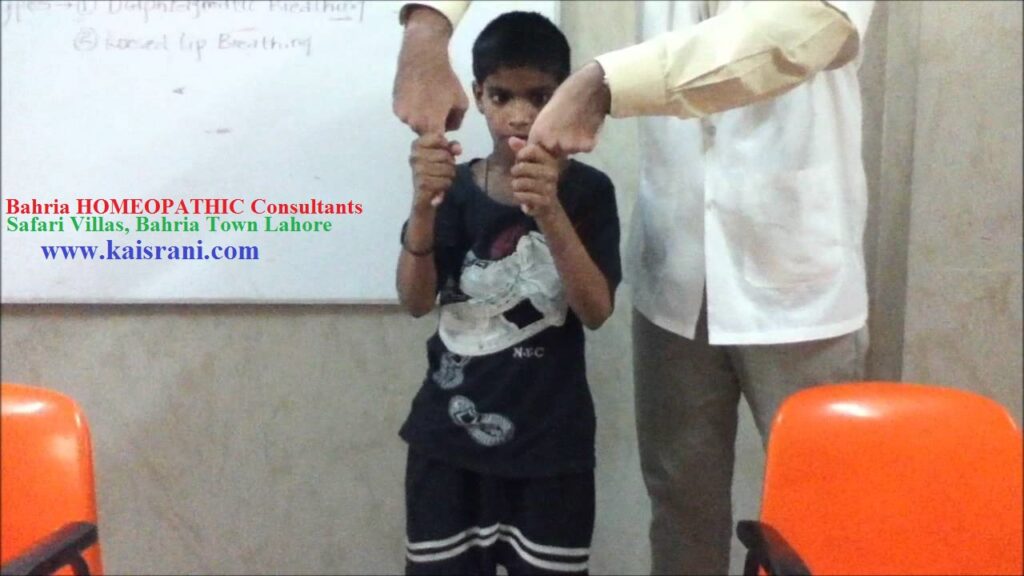 Chorea is an abnormal involuntary movement derived from the Greek word “dance”.  It is characterized by brief, abrupt, irregular, unpredictable, non-stereotyped movements. In milder cases, they may appear purposeful; the patient often appears fidgety and clumsy. They can affect various body parts, and interfere with speech, swallowing, posture and gait. Chorea may worsen with anxiety and voluntary movements, and subsides during sleep. Chorea is characterized by brief, semi-directed, irregular movements that are not repetitive or rhythmic, but appear to flow from one muscle to the next.

These ‘dance-like’ movements of chorea often occur with athetosis, which adds twisting and writhing movements. Walking may become difficult, and include odd postures and leg movements.

When chorea is serious, slight movements will become thrashing motions; this form of severe chorea is referred to as ballism or ballismus.

Chorea can be easily managed by homeopathic medicines.

Homeopathy is one of the most popular holistic systems of medicine. The selection of remedy is based upon the theory of individualization and symptoms similarity by using holistic approach. This is the only way through which a state of complete health can be regained by removing all the sign and symptoms from which the patient is suffering. The aim of homeopathy is not only to treat chorea but to address its underlying cause and individual susceptibility. As far as therapeutic medication is concerned, several remedies are available to cure chorea that can be selected on the basis of cause, sensations and modalities of the complaints.  For individualized remedy selection and treatment, the patient should consult a qualified homeopathic doctor in person. There are following remedies which are helpful in the treatment of chorea:

Tarantula Hisp – chorea major with necessity for continual motion; trembling of whole body; movements irregular and violent, sometimes cannot speak, swallow, sit, stand or walk, but must constantly lie down; motions especially affect right arm and left leg; nocturnal chorea, contractions not ceasing even at night; sometimes only right side affected; can run better than walk; vertigo and fainting; oppression in cardiac region; anxiety and fear of impending death; contraction and painful rigidity of some muscles; aggravation from pressure and touch; amelioration from diversion, especially music; feels best in bed.

Zincum met – chronic chorea, aggravation after dinner, towards evening, after drinking wine and during rest; great depression of spirits; twitching in various muscles; whole body jerks during sleep; starting and rolling from side to side on waking; cries out as if frightened; feet fidigity and constantly moved while in bed; aggravation from exercise; chorea much affecting the general health, caused by fright or suppressed eruptions.

Stramonium – mania saltatoria; movements characterized by great violence and affecting the parts of body corrosive, or more the upper extremities, or isolated groups of muscles, or affecting the whole body, producing the most grotesque leaps, motions and gestures, rotates arms, clasps hands over head, full of fear, strange and inconsistent fancies; motion all rapid, runs as fast as possible; attacks preceded by formication of limbs and melancholy; diplopia; aggravation at night, in dark place or dark room, during equinoxes, after fright or care. It may finally lead to idiocy.

Sepia – convulsive motions of head and limbs; when talking jerking of facial muscles; general muscular agitation; desire to change constantly place and position. Ringworm like eruptions on skin every spring; uterine chorea with menstrual irregularities; amelioration after menses and after a thunderstorm

Sticta pul – chorea complicated with hysteria, movements confined to lower extremities, aggravation evening; feet and legs jump and dance about in spite of the efforts to prove them; sensation as if the legs were floating in the air when lying down.

Secale cor – spasmodic twitching beginning in the muscles of face and spreading over whole body, sometimes increasing or jumping and dancing; distortions or either a frightful or ludicrous character; spasms attack muscles of chest and diaphragm; causing loss of breath; spasm worst when affecting abdominal muscles and painful; convulsive starts, with the fingers spread out.

Opium – emotional chorea; trembling the head, arms and hands; arms are thrown out at right angles with the body and spasmodic jerking of the flexors; convulsive movements of one or other arm to and fro; twitching continue during sleep.

Asafoitida – chorea on account of nervous disorder; action of the muscles; pain and numbness

Zincum phos – in worn-out and weak patients; worse by cold

Causticum – when right side is more affected than the left; the muscles of the face, tongue, arms and legs are all involved; words are jerked out when talking. Patient continually changes position until he falls asleep exhausted; children who have learnt to walk fall easily, clumsy in their gait.

Actea racemosa – for spinal irritation with rheumatism mostly in females at the time of puberty and the menopause; going crazy, talkative; Frequently changing from one subject to another; Jerking of the muscles when in a state of emotion or from becoming chilled; jerking of the side of lain on or the parts pressed; numbness and jerking of the muscles

Calcarea phos
In scrofulous children. Chorea during puberty in either boys or girls who are deficiently developed.

Magnesia phos
This is the chief remedy. Involuntary movements and contortions of the limbs, with mute, appealing looks for sympathy. It is especially a remedy in local choreas, such as occupation spasms, writer’s cramps, piano and violin players’ spasms, etc. Follow or alternate with Calcarea phos.

Natrum mur
Suitable for chronic cases, after fright or suppression of eruptions on the face, paroxysms of jumping regardless of obstructions, twitchings on the right side, worse at full moon, especially in malarial, anaemic and chlorotic states, with thirst and fever.

Natrum phos
If due to worms, or if acid symptoms are present. (See Silicea.)

CHOREA CURED BY MAGNESIA PHOS
(By Dr. John H. Clarke). Gertrude S , aet. 6, was admitted to the London Homeopathic Hospital, on March 30th, 1887. She had suffered from well-marked chorea during the preceding eight months, and the usual remedies for such conditions had been administered to her as an out-patient during the previous two months with but small success. No definite cause was to be made out. The child did not suffer from worms, and there was no history of a fright. On admission she twitched all over during her waking hours, but was quiet during sleep. She walked fairly well and could feed herself, but her speech was exceedingly defective. The heart’s action was accelerated, but no abnormal sound was to be distinguished. Subsequently, however, a soft, presystolic, blowing sound was at times audible, as if the muscular fibres of the heart participated in the general spasms. The pupils were symmetrically dilated. Magnesia phos. was prescribed — two grains of the sixth decimal trituration, three times daily. The improvement which followed was slow, but abundantly manifest. The general twitching became less; the articulation improved, the. child took nourishment freely; slept well at night, and lost the scared expression so characteristic of the complaint. By May 17th no vestige of the chorea remained. On being directed to stand up, close the eyes, and hold the arms extended, she did so without difficulty. Subjected to the difficult test of walking blindfolded, she came through triumphantly. Lastly her powers of speech had so much improved that, whereas oh her admission the meaning of her utterances was a matter of pure conjecture, by this date her remarks were quite intelligible. Thus within seven weeks this obstinate case of a very troublesome disease yielded completely to Magnesia phos. one of Schussler’s so-called “tissue remedies.” No other medicine was given (Horn. World, July, 1887). 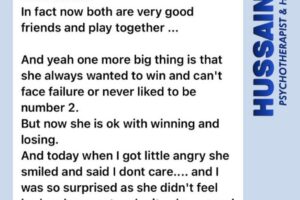 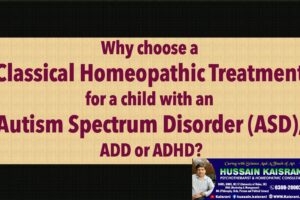 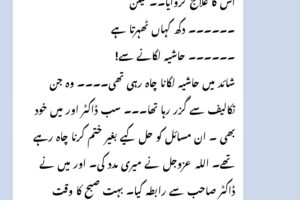 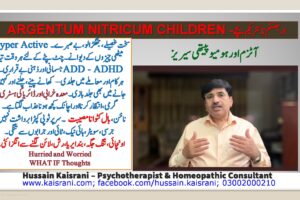 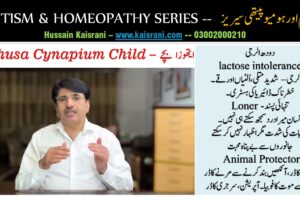 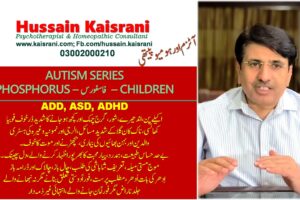 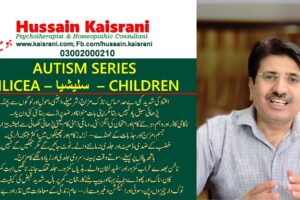